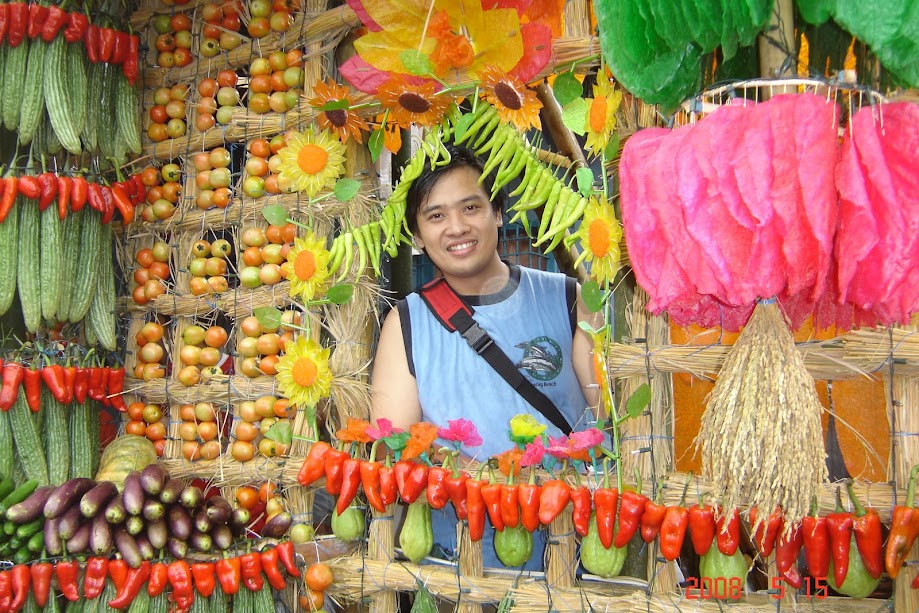 Every 15th of May, the town of Lucban in the province of Quezon, on the Luzon island of the Philippines, celebrates the feast of their patron saint, Saint Isidro Labrador.  San Isidro is the patron saint of farmers.  And during this time of the year, this farming town holds one of the most famous festivals in the country, the Pahiyas Festival.  The Pahiyas features the town’s houses adorned colorfully with the households main produce ranging from rice, fruits, vegetables, and other handicrafts.  One common decoration during this festival is kiping, colored leaf-shaped decorations made from rice.

And after years of planning to attend this festival, this year my wife and I were finally able to go.  Originally, we planned to go using my car but due to some car trouble, we had to opt to take the commute to get there.  From my wife’s place in Calamba, we took a bus bound for Sta. Cruz.  And in Sta. Cruz, we transferred to a minibus en route for Lucban.  The minibus is a hybrid of a jeepney and a bus.  The trip from Sta. Cruz took about an hour and a half drive through the towns of Laguna via some zigzagged and narrow highway.