At the end of our first week in our grand US tour of 2010 where we visited the Grand Canyon and Las Vegas, we decided to spend some time going around Los Angeles which is just about 30 minutes drive north.

the Halliwell Manor from the TV series Charmed

Angel, Jen, Janine and myself took this road trip around the tourist destinations in Los Angeles.  We targeted on driving to Hollywood, Beverly Hills, and Santa Monica that day.  And our first stop is a destination not known by most people except for those who watched the TV series of Charmed which is about 3 sister witches.   Well the series was depicted to happen in San Francisco but their manor house is located in Los Angeles in 1329 Caroll Avenue.  It is near the Echo Park and the historic Filipinotown area.  I didn’t know there was even a historic Filipinotown before.

END_OF_DOCUMENT_TOKEN_TO_BE_REPLACED

In continuation to our trip to Las Vegas in 2010, with our rented Dodge Caliber we drove eastward to the Grand Canyon. Like my previous trip to Vegas, the last time I visited Grand Canyon was in 2007 at the same time of that year. There was snow there the last time.  And we hoped to see snow there this time around.

And just the last time, we took the same route that we did to the canyon.  But unfortunately, we were no longer able to stop at the Hoover Dam.  Three years back our GPS directed us to pass on top of the dam but this time, the freeway which back then was still being constructed is already built.  Sad thing is, we passed above the dam without even seeing it as our view is obstructed by the freeway bridge.

END_OF_DOCUMENT_TOKEN_TO_BE_REPLACED

As part of our grand tour of the US back in 2010, the first part of our itinerary is none other than to visit the sin city of Las Vegas.  We also have the Grand Canyon as part of this side trip but I will talk about it on another post.  It was only me, my wife, my daughter, and my cousin Angel took this trip.  Last time I was here was back in 2007.

Before heading to Vegas, we rented a car from an Enterprise Rent-A-Car branch near my parents place in Gardena which is within the Los Angeles area.  We got a silver Dodge Caliber for this trip.  Nice car!  I also booked us for a room at the Imperial Palace Las Vegas.

END_OF_DOCUMENT_TOKEN_TO_BE_REPLACED

Back in December of 2010, my wife and I took another opportunity of flying back to the United States after my last month-long visit in 2007.  This time we bring for the first time our daughter Janine with my cousin Angel tagging along.  We took a month-long vacation to the US and planned to have a grand reunion of our family as my brother who lives in Singapore also flew in at the same time.

We have planned this long vacation for more than 6 months ahead of time where we all bought our tickets as early as May.  We booked a Philippine Airlines flight departing Manila on the 3rd of December and arriving at the same date in Los Angeles.

Our month-long takes us to visit Las Vegas and the Grand Canyon during our first week and a tour around Long Beach, Beverly Hills, and Hollywood the week after.  On the 3rd week of our stay in the US, my brother and his family flew in for a 2 week overlap with our vacation.  We all celebrated the Christmas holiday together in San Diego and we rented a van to have 5-day trip up north to San Francisco and Carson City to see snow for the first time.

END_OF_DOCUMENT_TOKEN_TO_BE_REPLACED

This year, I had one of the rarest opportunities to have myself set foot for the first time to Europe.   And this is for two weeks in Brussels in the western European country of Belgium.  Aside from being the political capital of Belgium, Brussels also stands as the capital of the influential European Union (EU).  It also serves as the center of the Dutch speaking region of Flanders which is the northern part of Belgium.

And so for two weeks, I was booked at the B-Aparthotels in Square Ambiorix.  Square Ambiorix is a oval shaped park named after one of Belgium’s heroes.  The square had different bronze statues and fountains which are unfortunately not on while I was there.  I’m not sure if it’s related to the climate.  Anyways on both ends of the square are two elongated parks, to the east has a playground while to the west is another open park.   The whole square is also surround by different residential buildings, mostly new buildings but traditional looking buildings line up the streets that ends at Ambiorix.

END_OF_DOCUMENT_TOKEN_TO_BE_REPLACED

The evening of Christmas Day 2009, we took a train ride from Singapore to Kuala Lumpur in Malaysia.  This is a side trip in our week-long vacation in Singapore.  At first we have planned for just a day’s visit by going back and for on the same day but we decided to book on a hotel instead and stay overnight since our baby Janine will be coming with us.  We don’t want her getting too tired and we worry on keeping her feeding bottles clean.

And so like I have always done in my past visits to the city, I booked ourselves on the midnight departure on board the KTM train that departs Singapore at 10pm for KL Sentral.  This time we got sleeper berths instead of the usual seats since it may be uncomfortable for Janine when goes to sleep.  We got upper sleepers when I booked online as the lower sleepers got booked fast.  So when we got on board I tried to ask the guys on the lower sleeper if we can exchange.  Luckily they agreed to exchange with us so we traveled on a lower sleeper while we put our bags on the upper sleeper.  There was not enough space so the three of us stayed on the lower sleeper.

END_OF_DOCUMENT_TOKEN_TO_BE_REPLACED

After more than a couple of years, I have again had the opportunity of visiting Singapore for Christmas and this time with my family. We have thought of taking the trip this year while Janine is still a one-year old and still have free tickets on the plane and most of the parks.

We again booked our flights through our favorite airline, Cebu Pacific Air for their midnight flights. We departed Manila on 22nd at 10pm and arrived in Singapore at 1am. And went home on the 29th at 1:30am and arriving Manila at 5am. Like our trip to Hong Kong, we once more brought quite a luggage, mostly for Janine’s needs plus gifts for our family in Singapore.We arrived at the Budget Terminal of Changi Airport around 1am. It was my first time to use this terminal since it was not yet built the last time I visited Singapore. From the terminal, we just took a cab to my brother’s new HDB flat in the Hougang area. My brother, Kuya Mark, was not able to meet us at the airport that night but he met us at the ground floor of their building. But since it was already late, we started our itinerary the next day.

END_OF_DOCUMENT_TOKEN_TO_BE_REPLACED 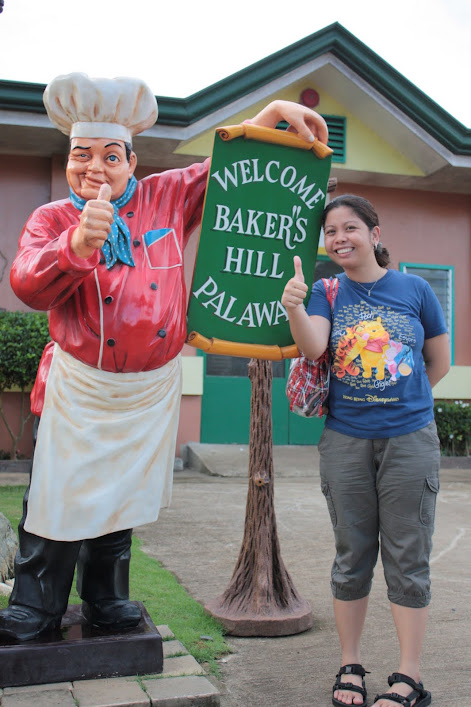 After 6 years, I once again have the opportunity of visiting the beautiful island of Palawan at the western coast of the Philippine archipelago.   Again I visit Puerto Princesa City now with my wife Jen and 11 other ex-colleagues and friends.

Also this time, we took a packaged tour of 4 days and 3 nights to see what the city can offer.  I booked our group with the travel agency of a friend in Palawan, Maple Palawan Travel and Tours.  Maple have divided our group into two for our accommodations between Liberty Park Pension and RAQ Pension.  This is due to full booking at Liberty when we took our package.

Our stay with Liberty Park was good with spacious clean rooms, though we had slow service during breakfast.  We were told by our other friends that their rooms in RAQ were smaller but at least they had more options for their free breakfast.