Southeast Asia has been one of the most famous destinations for many backpackers and holidaymakers coming from Europe or the Northern Americas.   Among the more famous tourist routes include Thailand, Cambodia, Vietnam, and Malaysia.  Tourists would usually go straight to Bangkok or fly to Singapore.  Some would include Indonesia to visit Bali.

With tourist arrivals are high on these countries, the Philippines is still trailing behind.  Well maybe, I guess, is due to the fact that the countries I’ve stated all border each other, except most of Indonesia.  This makes backpacking easier as tourists can simply take a bus or take hours long of train rides to reach the neighboring country.  This is compared to the Philippines wherein the main means to reach is by air travel.

With a more challenging means to reach the Philippines, many simply skip the country.  Many probably do not know much about the Philippines except maybe that it’s a group of islands and maybe because of the thousands of shoes of Imelda Marcos, plus the other political problems we had in the past.

And so, what do tourists are probably missing as they skip the Philippines in their itineraries?

Well, I’ll try to come up with the 10 must see places in the Philippines that I think you as a tourist shouldn’t miss and give you an idea where to go.  At least in my personal point of view. 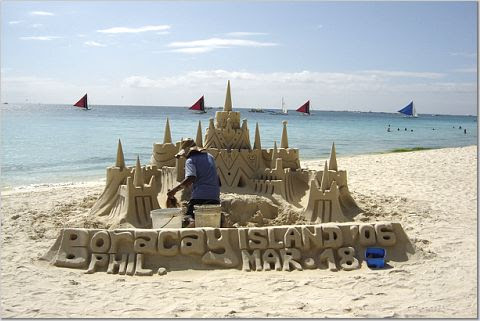 Boracay is a small island off the north western tip of Panay island.  This island would be the premier island destination of the Philippines rivaling that of the more famous islands in the region like Bali in Indonesia and Phuket of Thailand.   Boracay’s main beach (White Beach) is best known for its 4 kilometer-long powdery soft white beach.  It has been said that the sands of White Beach was actually made by pulverized puka shells by the constant pounding of the waves.  There are two other popular beaches on the island which is Bulabog Beach on the opposite side of the island and Puka Beach on the northern end where its beach is full of puka shells.  Visitors can also hire boats to bring them to the Crystal Cave.

While on the the island, visitors can try out the different water sports offered on the beach like snorkeling, scuba diving, parasailing, jet skiing, banana boat rides, zorbing, or simply laze out under the sun or enjoy a spa.  Evenings in Boracay becomes alive with the number of bars and restaurants along White Beach. 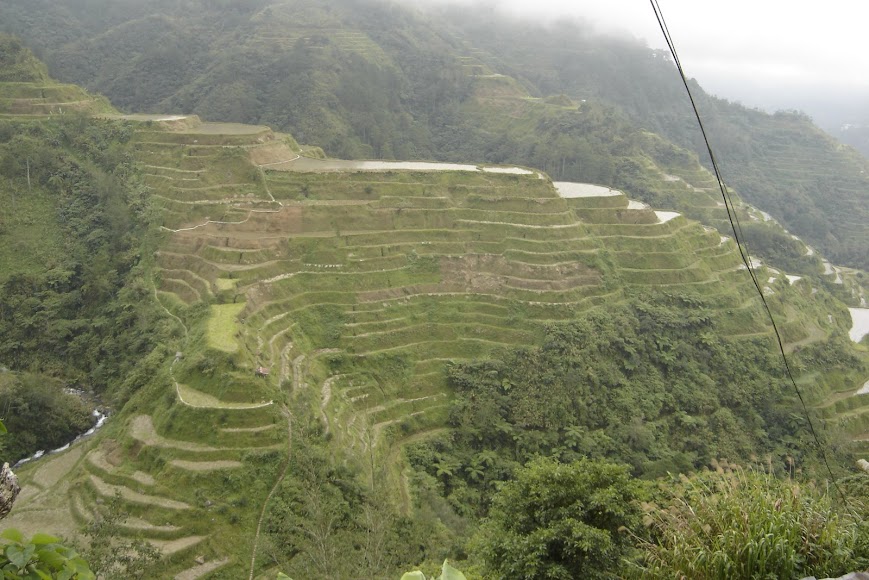 Carved on the mountain-sides of the Cordillera mountains around 2000 years ago, the Banaue Rice Terraces could actually be a wonder of the world that has been well kept secret for a long time.  Located in the town of Banaue about 10 hours bus ride north of Manila, it is included in the UNESCO World Heritage Sites.  These were carved by the Ifugao tribe that lived on these mountains since before the arrival of the Spanish conquistadors.

Actually there are five clusters of the rice terraces in Banaue.  These are the Batad, Bangaan, Hungduan, Mayoyao Central and Nagacadan clusters.   Through the years these rice terraces has become an endangered heritage site due to encroachment due to development and with the younger Ifugao generation have lost interest in farming.  The Batad cluster remains to be the most well preserved among the clusters. 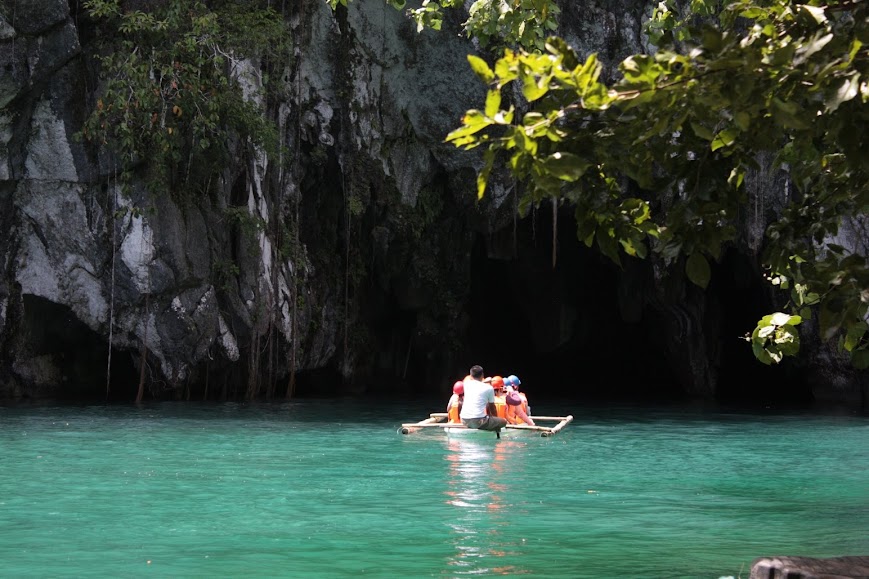 Better known locally as the Underground River, it recently was included in the New 7 Wonders of Nature among other notable natural wonders around the world.  It is considered to be the longest navigable underground river in the world at 4.3 km in length.  The total length of underground river is 8.2 km where sections of the cave go underwater.  It is located within the Puerto Princesa Subterranean River National Park in the island province of Palawan.  The Palawan island  is considered to be the Philippines’ last frontier due to its most preserved rainforests and marine sanctuaries.

The Underground River’s cave opening opens up from the sea and leads to deep inside the St. Paul mountains.  Boat tours are available for tourists where boatmen paddles through the quiet waters of the cave into the big chambers where the ceiling can reach as high as a 15 storey building.   It also feature different rock formations formed by the minerals dripping from the ceiling above.

Every now and then, hot lava pour out of its tip which results a beautiful fiery show from a distance.  There are trek tours offered for people wanting to go up the volcano except when alert levels are raised.  In the town of Daraga, a famous landmark has also always complemented with Mayon.   This is the bell tower ruins of Cagsawa church which was buried by a major eruption in 1814. The church became refuge to hundreds of the Cagsawa townspeople but also became a death trap due to pyroclastic flows or lahar which flowed through it. 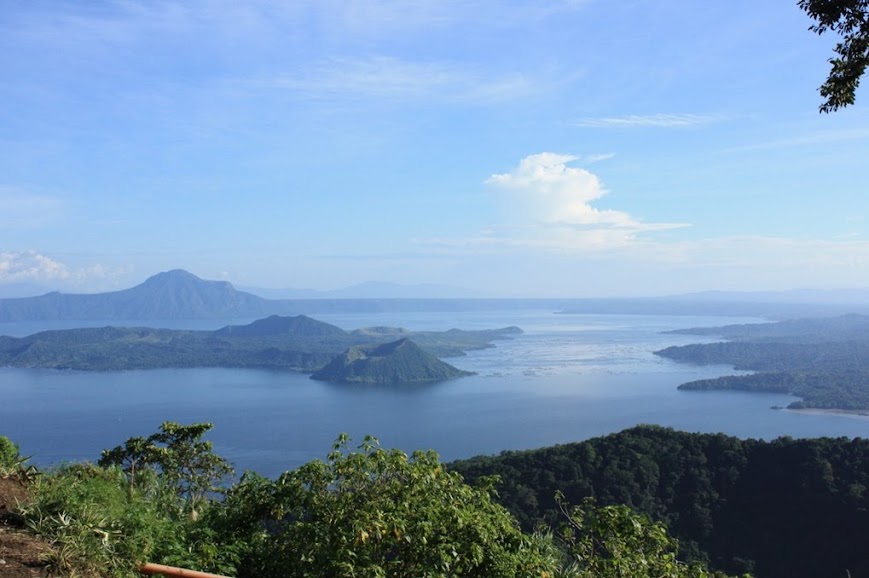 Located in the province of Batangas, Taal is considered to be one of the most unique land formation in the world.  Taal Lake is dubbed as a lake within a lake, or more specifically a crater lake within a volcano in the middle of a bigger lake in an island.  Taal Volcano like Mayon is also one of the more active volcanoes in the Philippines.  Unlike Mayon it doesn’t make any lava shows, but is one of the most picturesque and scenic locations.

The lake and volcano is more popularly viewed from the city of Tagaytay, which lie on a ridge at the northern side of Taal Lake and offers a nice view of the lake.  Most boat and hike tours to Taal’s crater lake start from Tagaytay. 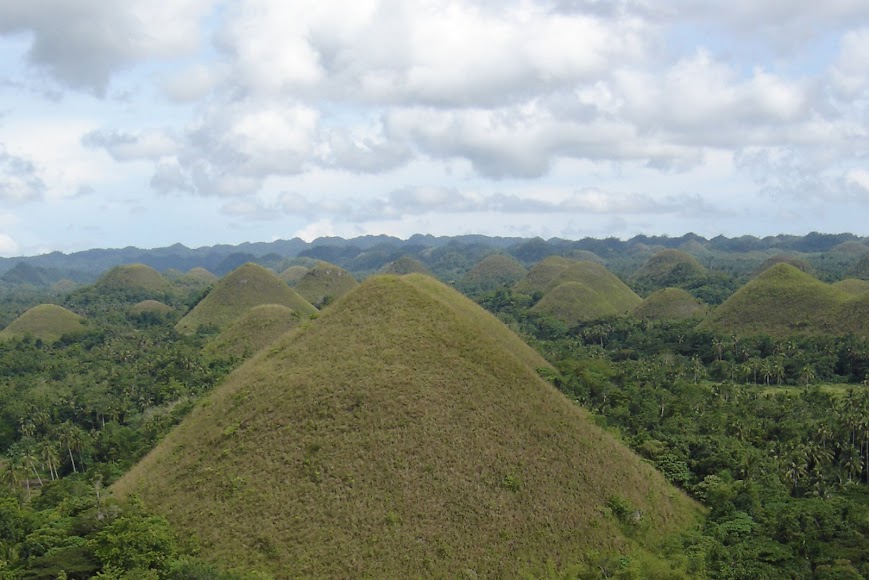 Well, they don’t really looked chocolates, but these are like green Hershey’s Kisses scattered in huge location in the central part of the  island of Bohol.   The Chocolate Hills are mostly covered by grass making it green but got it’s name because in dry seasons when the hills are mostly brownish in color made them look like Kisses.   Tour packages for Bohol always include the Chocolate Hills as part of their itinerary as this is the top tourist attraction of Bohol.

This is definitely a very unique landscape which legends say that was formed by two giants who fought each other and threw huge boulders and rocks against each other which left the land with lumps of land that formed the Chocolate Hills.

This is a peninsula on the northern tip of the Palawan island.  El Nido is known for it’s beautiful islands and coves surrounded by karst rock formations.  It’s beautiful beaches and waters and exclusive resorts offers tourists and beach lovers looking for a place to relax under the sun without the hassle of squeezing through crowded beaches.

El Nido may be accessed by a 6 hour drive from Puerto Princesa City or by a few chartered flights from Manila.  Oh and El Nido is also known for their harvest of the saliva from birds nests in the high rocks of its karst mountains and high ceilings of its caves.  These are used as ingredients for the Nido Soup or Birds’ Nests Soup famous in Chinese restaurants. Batanes is a group of islands and is the northernmost province of the Philippines and is among the least visited destination in the country.  This is due to limited flights available to reach this from Manila.   Also this is known to be a place not to be in during the monsoon seasons.

But then, Batanes offers a unique landscape of high cliffs like those in Ireland and rolling hills that look like those in New Zealand.  It is home to the Ivatan tribe who built their houses with stones to withstand the strong winds during the monsoon season.  It is also still home to maybe the most honest people around where people buy goods in stores without storekeepers leaving their money and taking their change honestly. 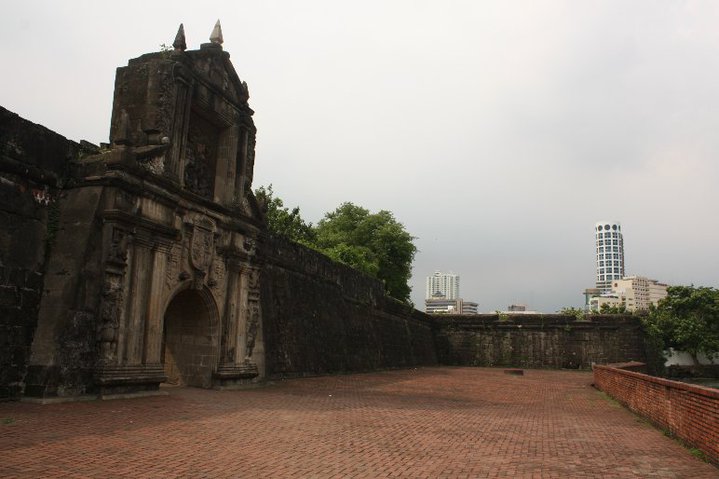 Fort Santiago once stood as the Spanish fortress that guarded the mouth of the Pasig River on Manila Bay.   The Pasig River is the main waterway that connects Old Manila to the sea.  Fort Santiago is part of the walled city of Manila called the Intramuros, which meant within the walls.  Back during the Spanish colonization period, only the rich and powerful lived within Intramuros while the Indios (local people) and Chinese traders lived outside.

Fort Santiago also played a lot in history wherein the national hero, Jose Rizal, was imprisoned before being shot by firing squad in the present day Rizal Park just outside Intramuros.  Today, only the ruins of Fort Santiago remains along with a few Hispanic structures within Intramuros after WWII destroyed most of Old Manila. 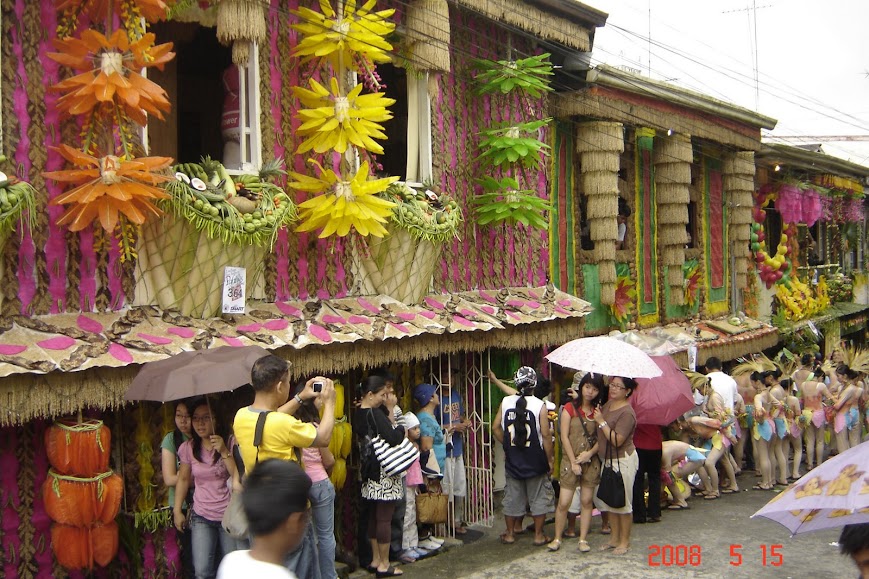 Some of the most notable and highly anticipated festivals every year includes the following:

6 thoughts on “10 Must See Places in the Philippines”