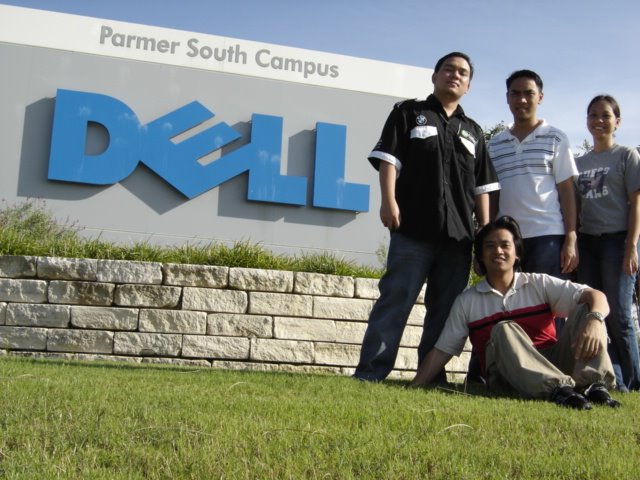 From my past employer, Fujitsu Philippines, I was very fortunate to have been part of the Dell project of WeServ.  That project had given me tickets to fly to a number of Dell facilities globally, including Xiamen, Penang, and Austin.  Twice, I have been given the opportunity to visit Dell Inc.’s Parmer South Campus in Austin, Texas.  And my first visit in 2004 was my first ever into the US where I flew with 3 other colleagues and 3 other more on my second trip last 2007.

In 2004, I have not been able to see much of Austin except for a trip to the outlet stores in San Marcos, watching a ball game at the Dell Diamond, and a short visit to the Capitol.  We stayed at the Wingate Inn in Round Rock. I love the Round Rock donuts they serve there every morning.

Well, I’ve enjoyed watching baseball and the chance to experience watching a favorite American past time. Well I happen to chance a Triple-A league.  It was only I who joined our Dell counterpart that night for the games as I was the only one interested.  Dell employees get free tickets on certain games in the Dell Diamond and I thought of not making this opportunity to watch baseball live miss.  The game was at 8pm that August and it was very unusual for me to see the sun still up that late.  Anyway before the game, Joe game me a short trip to the old Austin area and the Dell Campus in Round Rock where Michael Dell actually holds office. 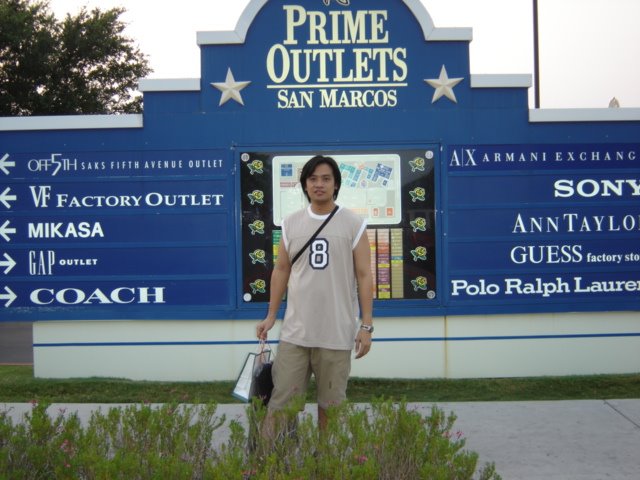 At the Prime Outlets in San Marcos, Texas 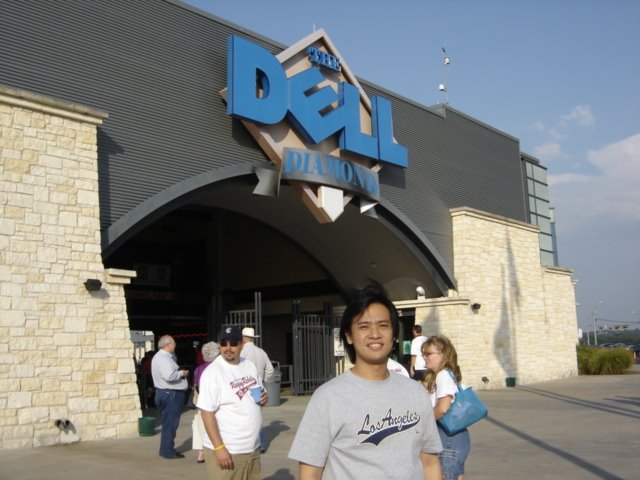 At the Dell Diamond in Austin 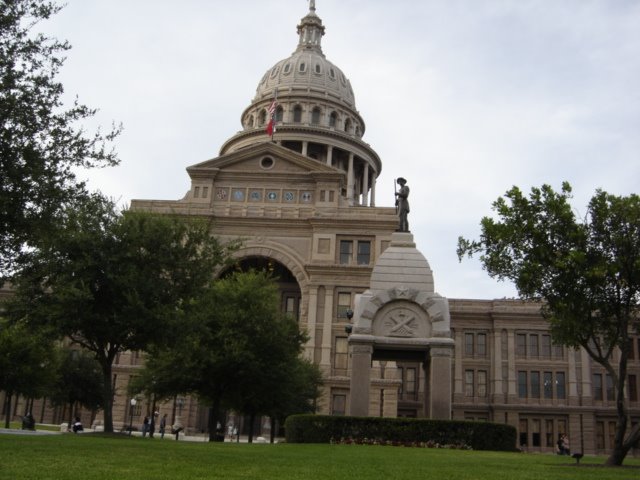 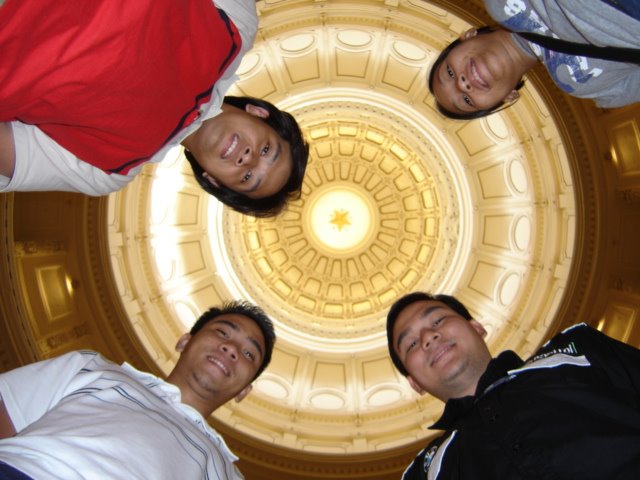 On that 2004 trip to Austin, I remember a instance when my other colleagues and myself took our pictures at the Dell marker at the corner of Parmer Street.  It was not permitted to take pictures within the Dell grounds. But, we did not realize that is was still prohibited from the Dell signage. It was more than an 50 meters from the nearest building.  Anyway, a security person approached us and informed us that it is prohibited. Fortunately he didn’t confiscate our pictures.

Originally it was planned for us to stay for a week but we were extended for another one.  That weekend I was able to fly to Los Angeles using Continental to visit my parents.  To good thing is that Dell allowed me to charge my plane tickets on their account which cost me more than $500 which I originally plan to purchase.  And after that two week stay, I and another colleague went back to Manila only to fly out again the next day for Penang.

In May of 2007, I was fortunate to get back to Austin to again participate in our training activities.  On this trip I was able to get a 10-year multiple entry visa, which allowed me to get back to L.A. for Christmas that same year without applying for a new visa.

On this second visit to Austin, among four of us, I was the only one whom was able to visit US yet.  And this time, I have learned to drive and we stayed there for 2 weeks.  I felt that this was a better trip than my first as I have more freedom on going around Austin and outside.

From Manila, we connected through Narita airport on board a Northwest flight and entered the US through Minneapolis where we had about 5 hours of lay-over.  And due to that we opted to go out of the airport and spend some time seeing the city.  I’ve detailed this trip in a previous blog.  Anyway, entering the US via Minneapolis is really stricter than entering from Los Angeles where we were only granted to stay within the country exactly at the period we specified in our Invitation letters. 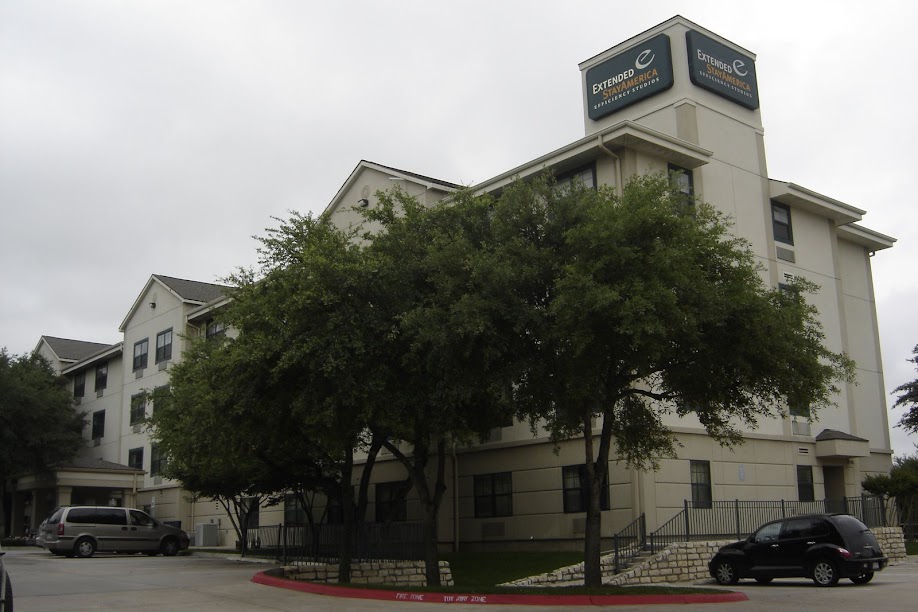 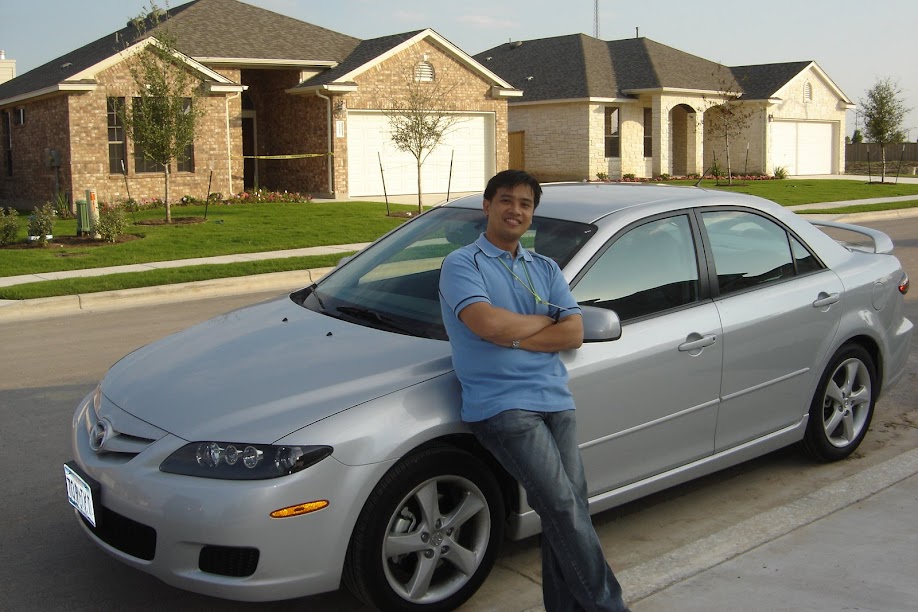 Me and my Mazda 6

And so this time we were booked at Extended StayAmerica in Arboretum in Austin.  The first thing we did was to go to Hertz where we picked up our rented car.  It was an automatic Mazda 6 silver car.  It was my first time to drive an automatic car and it was a very comfortable car.

On this second trip of mine to Austin, a lot have change in the area.  There were new shops along I-35 specially near the Parmer Campus of Dell, there are even new outlet stores in Round Rock which we have visited on our second day after work. 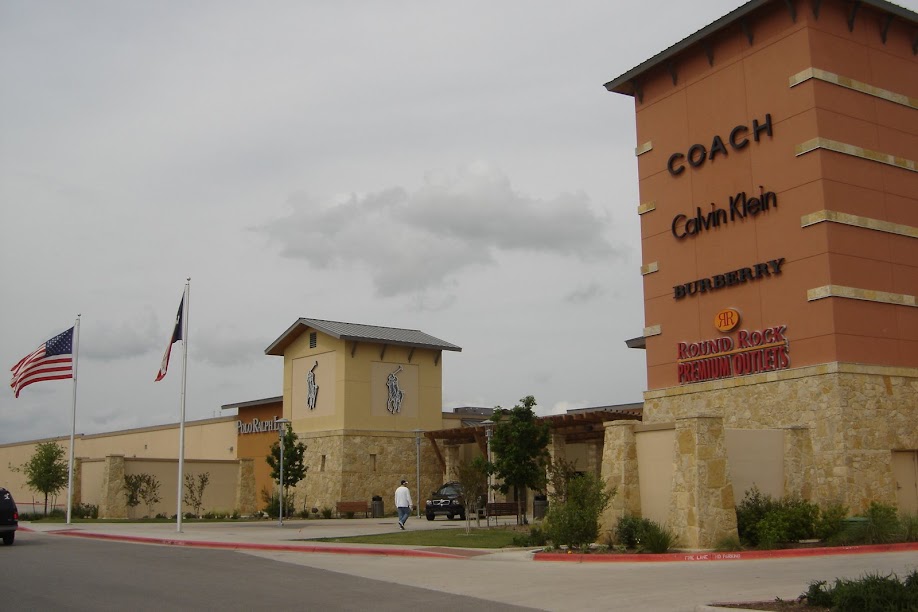 Premium Outlets in Round Rock, Texas 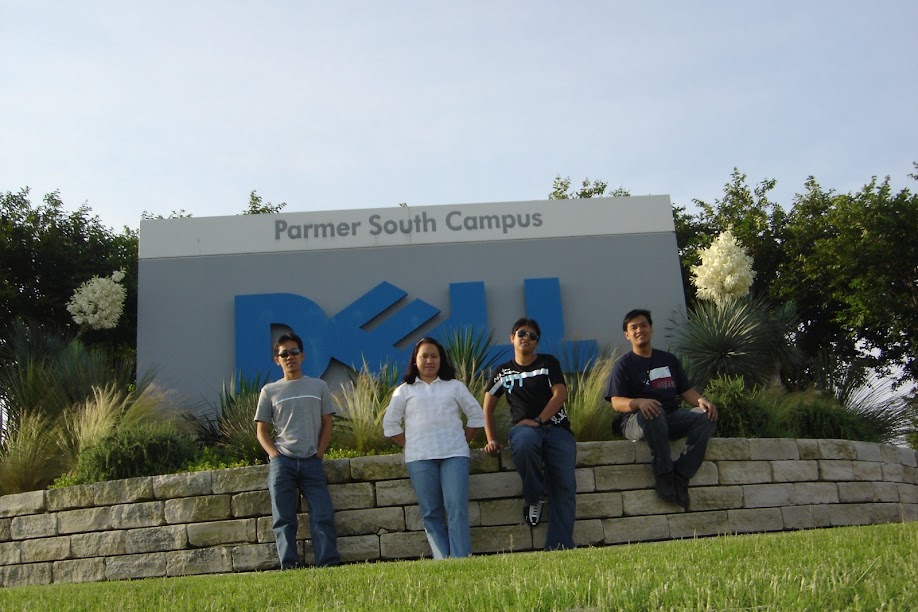 Another picture at the Dell signage in the Parmer South Campus 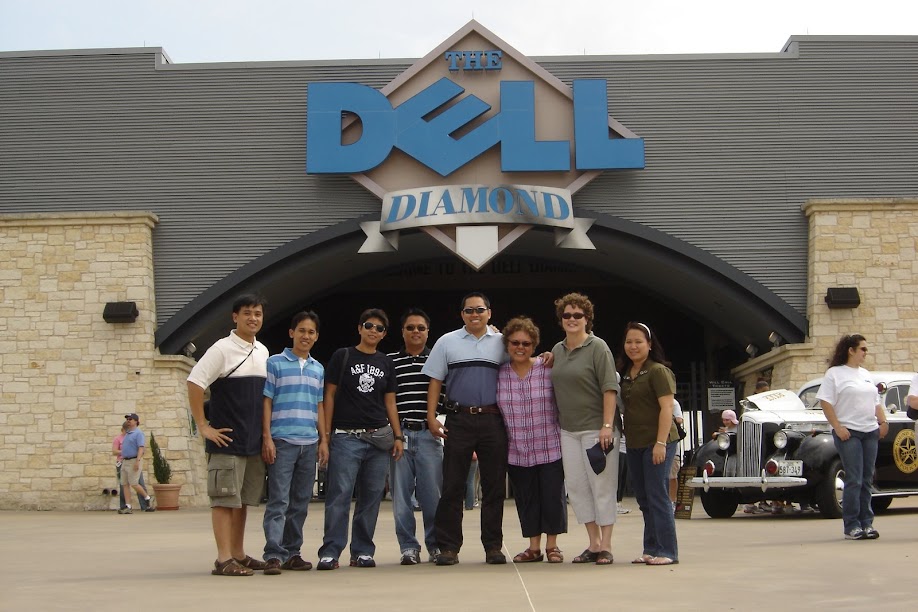 At the Dell Diamond with Dell friends 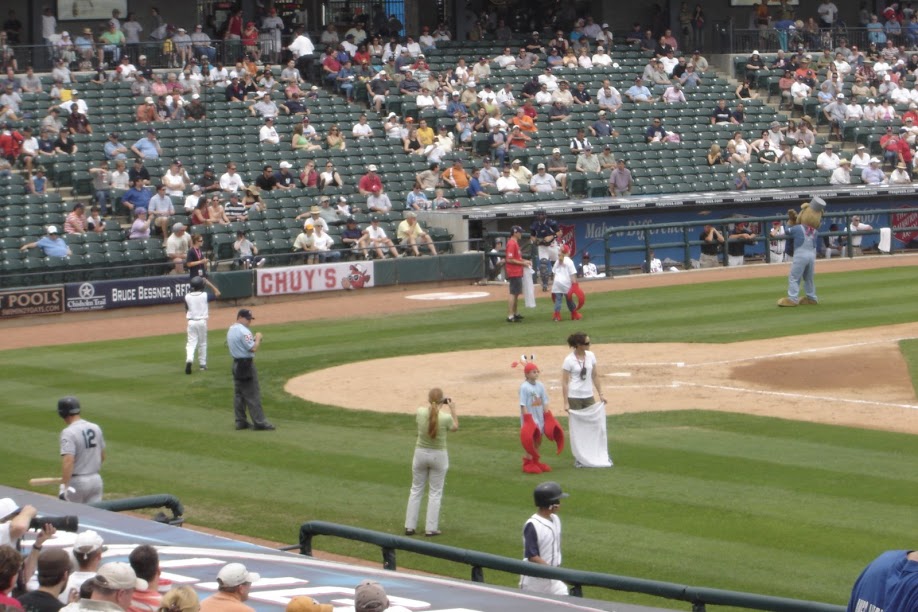 At the Round Rock Express game in the Dell Diamond

On that first Thursday, Dell had an off-site activity in the Dell Diamond wherein all employees were given tickets to watch a Triple-A Minor League game of the Round Rock Express team.  I forgot the other team. Outside the triangle, the Dell employees grilled their barbecues and prepared chips and drinks for everyone.  Inside, Dell had prepared lunch for all.  They had burgers, chips, salads, hotdogs, and nachos. It was an open bar for everyone and it was a great experience to mingle with our Dell counterparts on a relaxed mode that day.

After staying for a few hours for the ball game and since it was still early, we decided to take a drive to the Capitol in Austin’s city center.  We met a ex-colleague there. We took pictures around the Capitol area for another few hours before we headed for lunch in Lake Travis.  We drove to Oasis, a famous restaurant that had a great view of the lake.  It was just a bit newly rebuilt when we visited as the place caught fire a few months earlier. 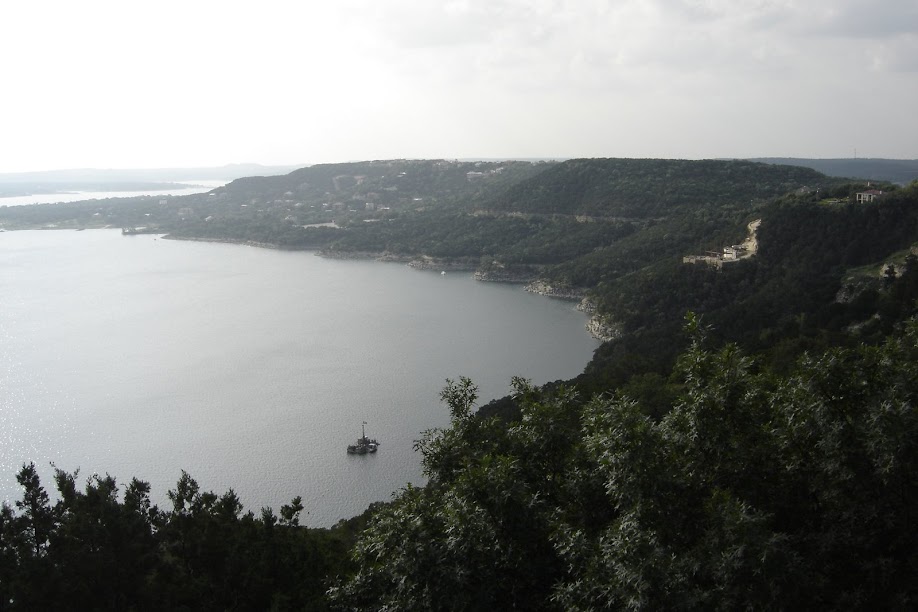 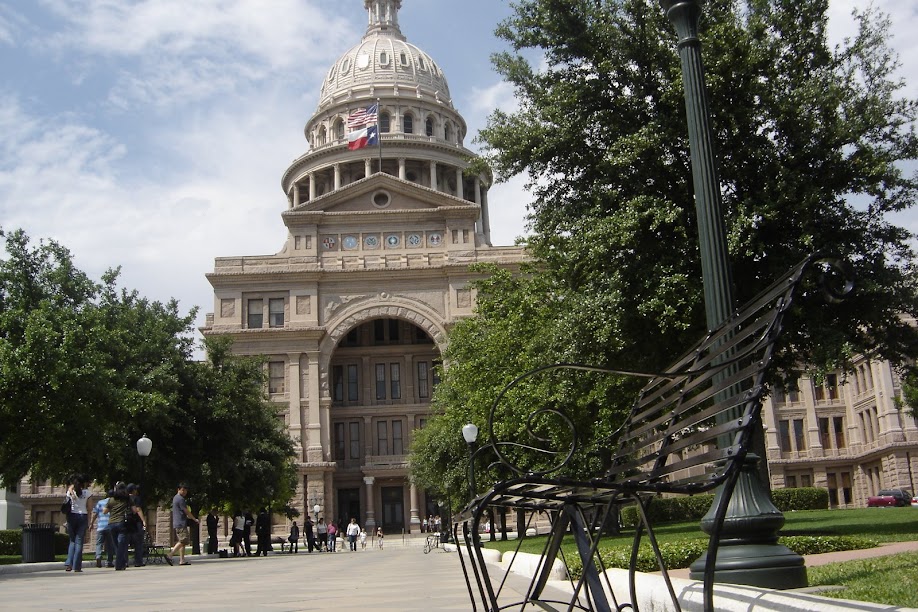 On our weekend in Austin, we scheduled a trip outside the city.  We planned on taking the 4-hour drive south to Houston to meet some friends and visit NASA and then drive to San Antonio the next day before heading back to Austin.  Unfortunately due to multiple times of getting lost on our way to Houston, we didn’t have enough time to visit NASA on the first day and no longer had the time to go to San Antonio.  I’ve previously wrote the details of our trip to NASA in a separate blog and I’d probably write another one on our stay in Houston. 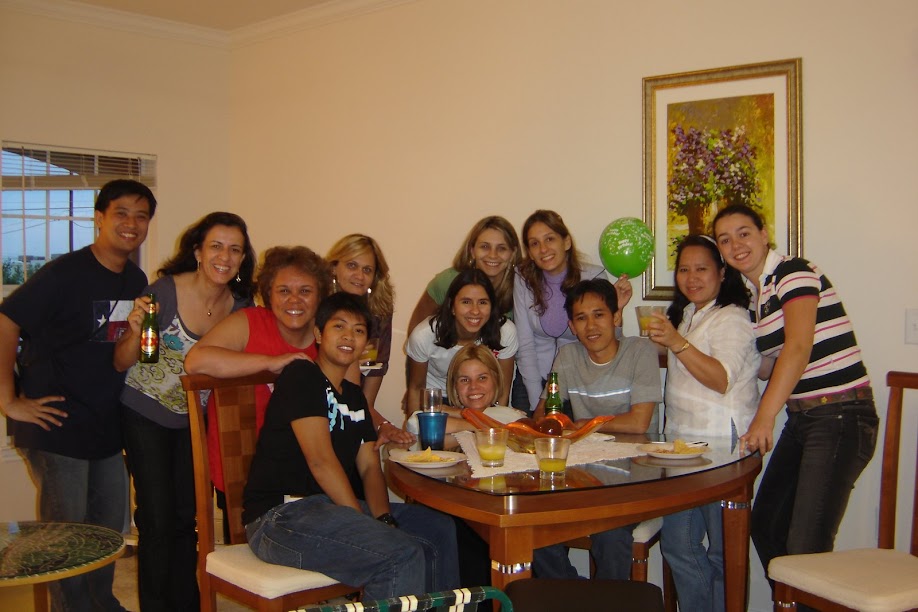 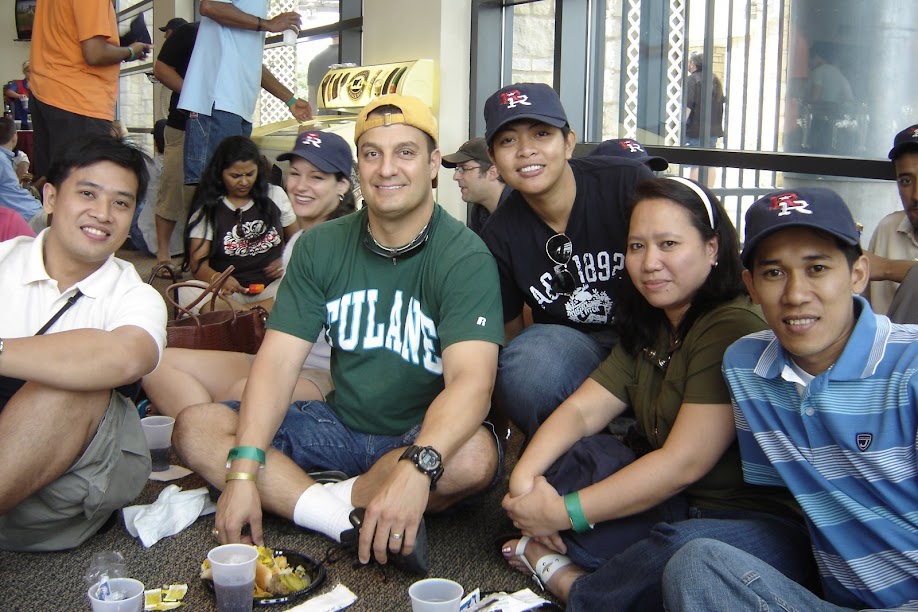 With Andy at the Dell Diamond 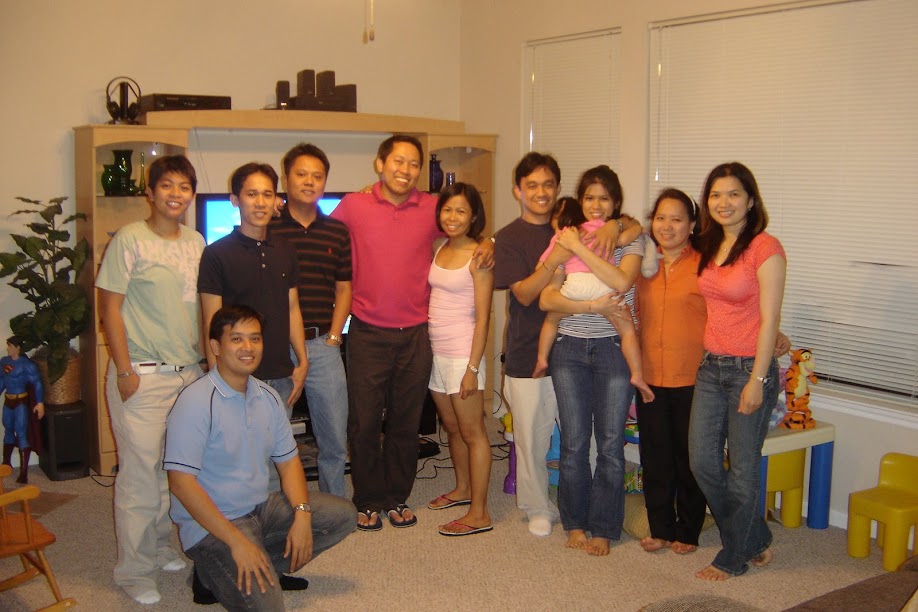 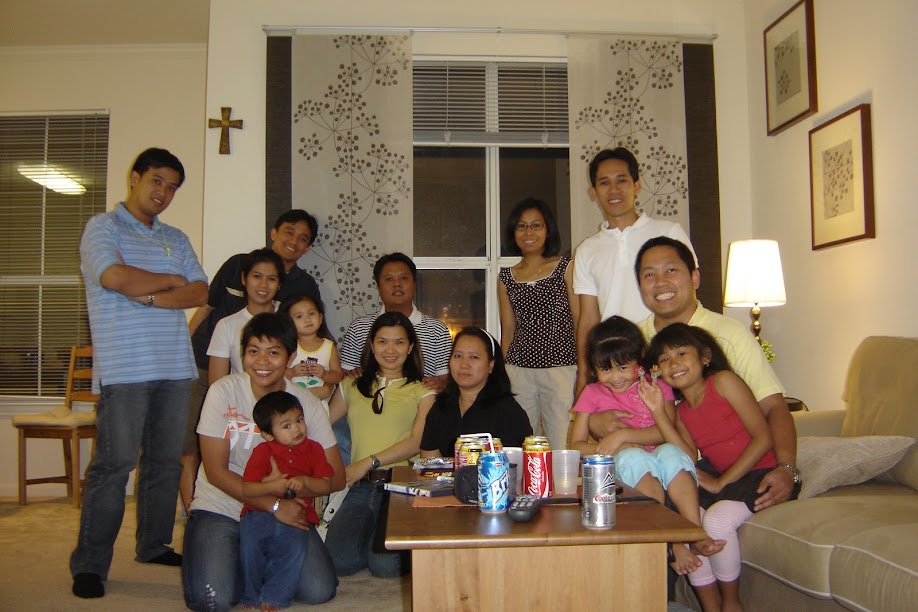 Our last week in Austin was not as eventful except for a second trip to the Round Rock Premium Outlets buy some souvenirs and visit the homes of our Dell Filipino friends’ houses around the Austin area and also to the house of my Texan Test Lead where she cooked us some Texan grills.  And on our last night in Austin, we joined in the birthday celebration of our Brazilian Test Lead in her home where her other Brazilian friends made a surprise for her.

That US trip did not end with our trip to Austin that May of 2007 as we made a side trip to Los Angeles where I again visited my parents while my other colleagues visited other friends and checked out Disneyland.