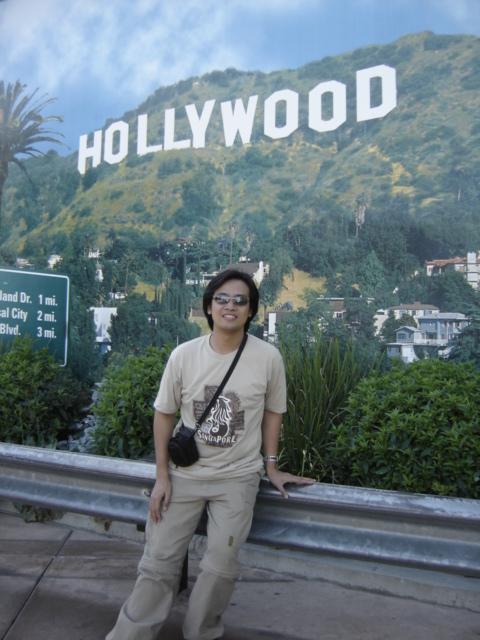 In my work as a Test Analyst, I was very glad to have the opportunity of flying into the US and visit my parents who have moved there since 2003.  It was in 2004 that I had my first visit of Los Angeles as a side trip from my business trip to Austin Texas for Dell.  I had a second trip in 2007 after again being sent to Austin.

With a free ticket care of Dell, I flew to Los Angeles from Austin via Continental Airlines.  It was my first trip around the USA and my trip to LA gave me the chance to ride different sizes of planes from a jumbo jet to a 40-seater express jet.  From Austin, I connected to 3 cities to get to LA.

My parents picked me up at the Los Angeles Airport and headed to their apartment in Gardena along Rosecrans Avenue.  Los Angeles is very different from Austin as it is a crowded city and there are less vegetation unlike Austin which has more roads than structures.  My parents’ place is in an apartment compound near the corner of major roads.  My aunt who has been in the US for about 2 decades was also there to meet me. 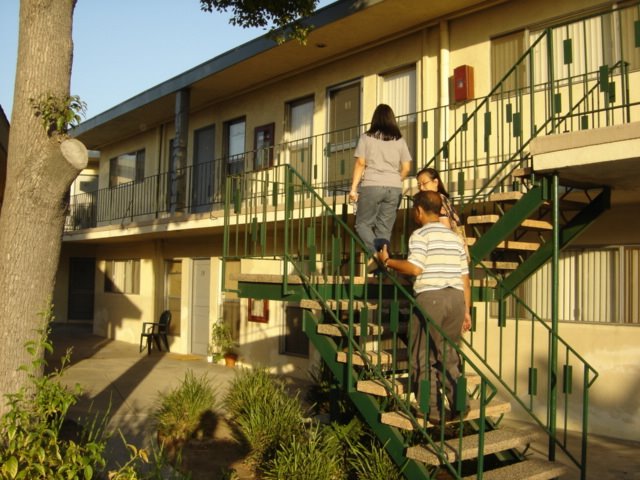 My parents’ apartment block in Gardena in Los Angeles County 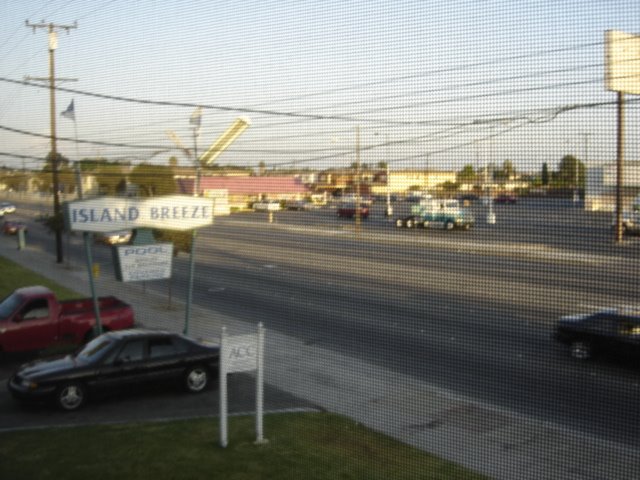 That same night, with my sister we joined a family friend’s daughter who drove us to Santa Monica Pier.  It was already late and it was only a brief trip that I didn’t got much pictures of the place.

The next day, together with my parents and my younger sister Nina, we made our way to Anaheim to go to Disneyland.  It was also my dad’s first time to be there as he has just arrived in the US July that same year.  And back then, my parents didn’t have a car yet and so we made the long commute to Anaheim.  We took the bus and the Metro. 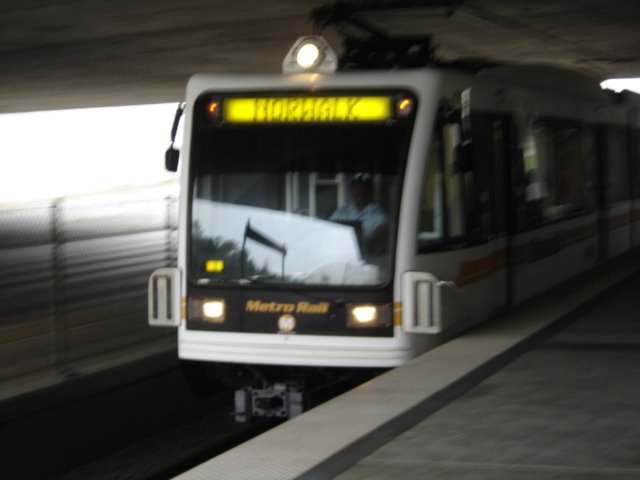 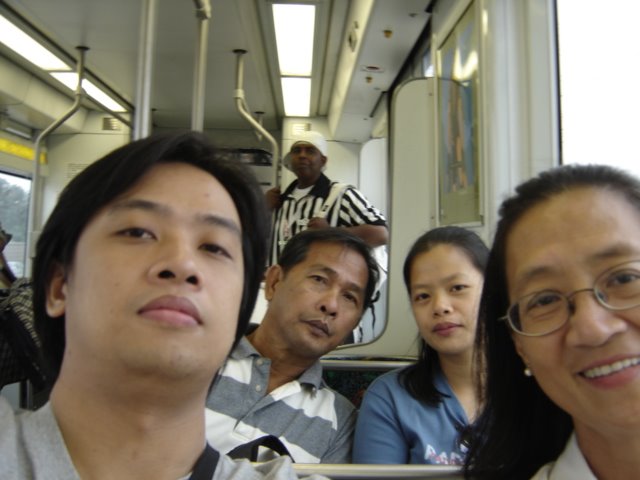 My parents, sister and I on the LA Metro

Upon arrival, we went strait for the gates to enter the park as my mom has already bought tickets ahead of my arrival.  Across Disneyland is Disney’s California Adventure Park which is a separate one.  And of course like any other Disney parks, we are welcomed by the train station before heading to Main Street.  Unfortunately that day, the Sleeping Beauty Castle was under renovation. 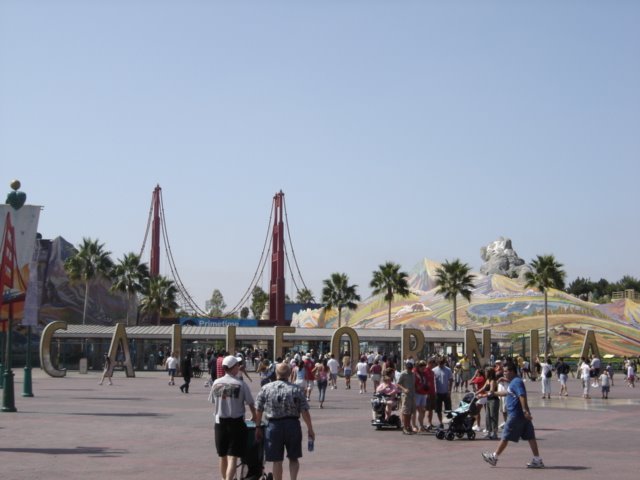 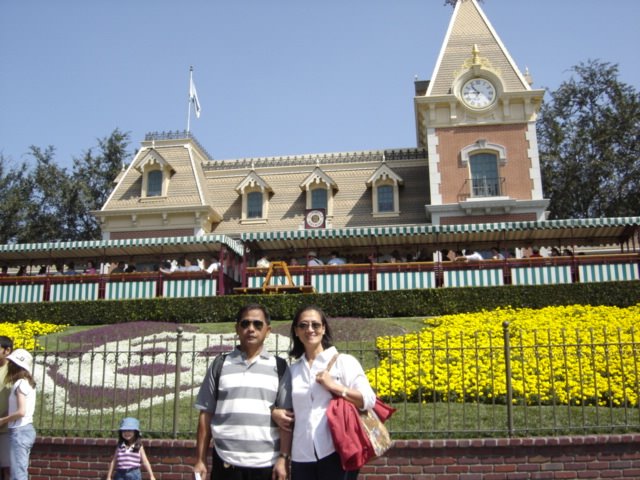 My Parents at the Main Street Station 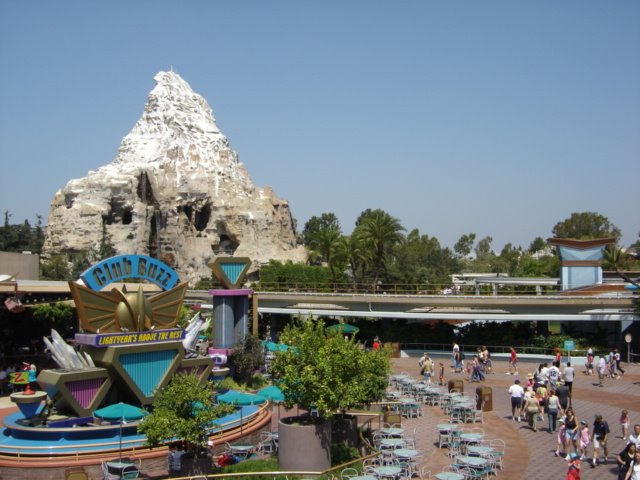 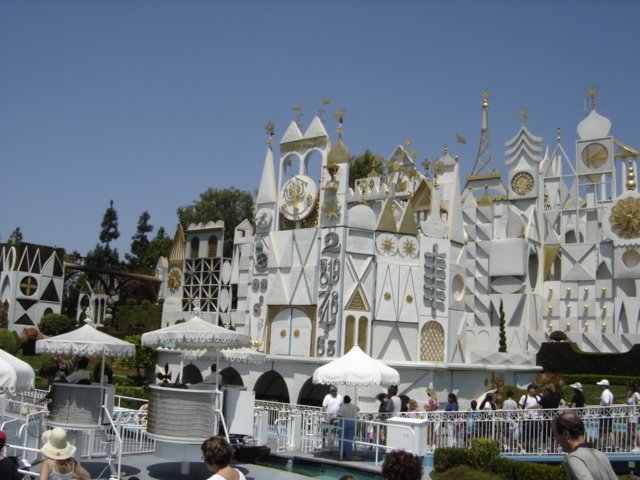 The park is huge and since it was five years ago, I sort of forgot some of the details of that trip.  We headed for the It’s A Small World ride.  It is a ride where dolls are dressed in different national costumes and are singing the song ‘It’s a Small World.  The ride puts visitors on a boat and is ferried inside a building following a trail into each section of the building. 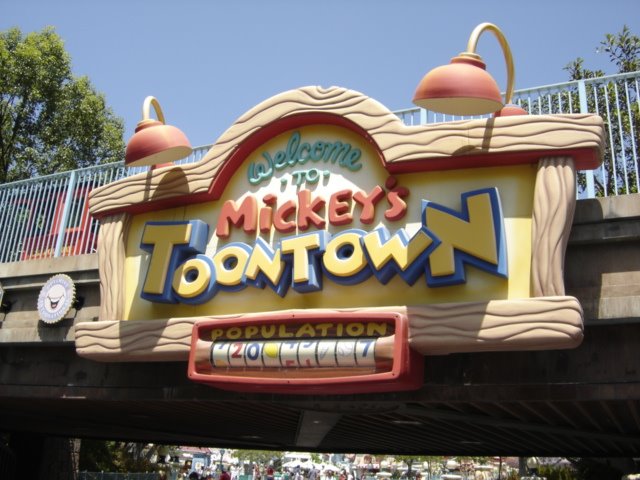 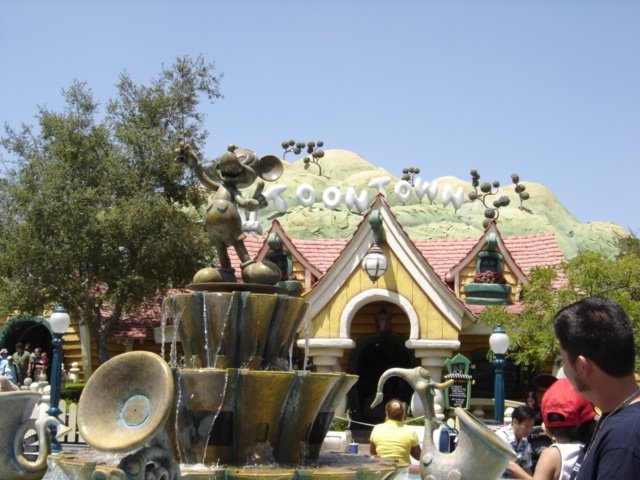 Next we walked to Mickey’s Toon Town where the section features the houses of different Disney classic characters like Mickey, Minnie, Donald, Chip and Dale.  We lined up in Minnie’s house to take our pictures taken with her.  Unfortunately, the staff was careless in handing back my camera to me that it dropped to the floor.  My Sony Cybershot DSC-P91 was scratched and my battery went dead.  Luckily I got spares and the camera still works.

Then next we went to watch a musical show of Snow White and after the show we went to the parade area for the Parade of Stars.  Along the way we saw Jasmine, Genie, and ? who has giving autographs to guests.  During the Parade of Stars, we saw the Disney princesses Snow White, Sleeping Beauty and Cinderella on a swan float.  Ariel of Little Mermaid had here own float and so was Belle of Beauty and the Beast. Tarzan has his own float also.  Then followed by different Disney characters and the float of the original Disney stars, Mickey, Minnie, Pluto, Goofy, Donald, Chip and Dale. 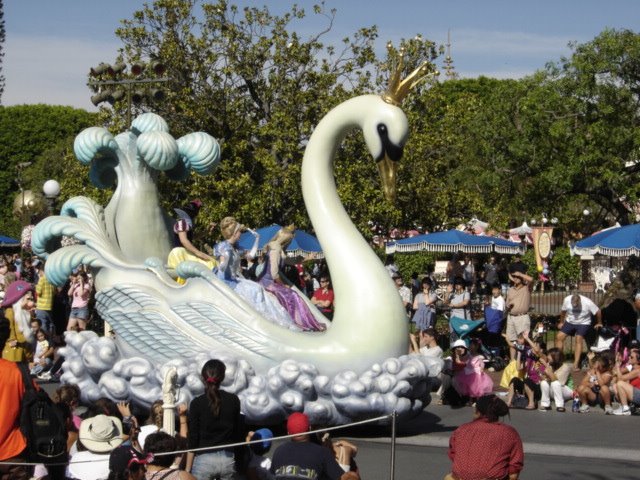 The Disney Princesses on a swan float 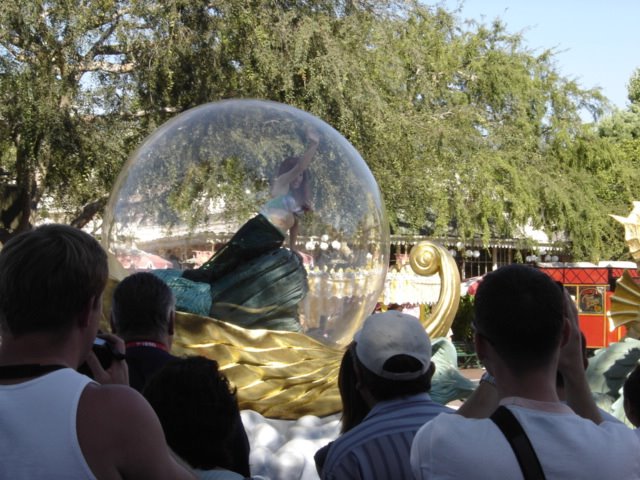 Ariel of The Little Mermaid 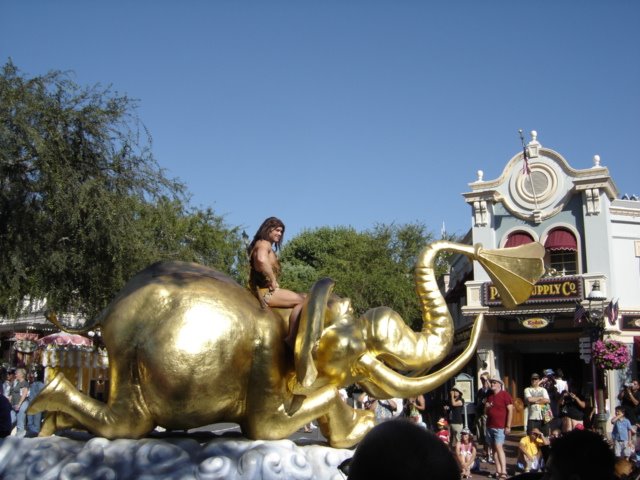 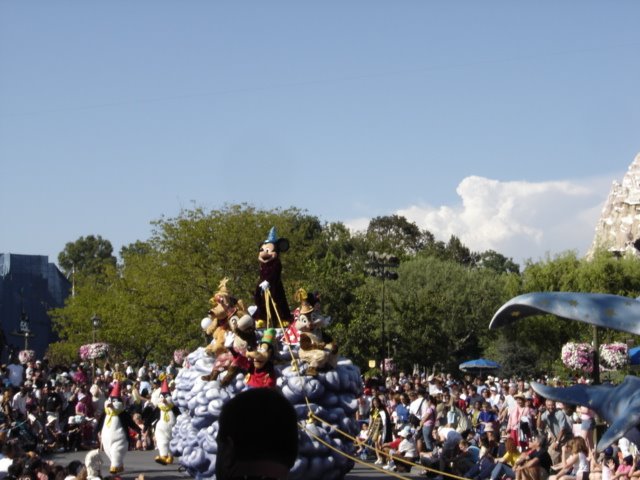 It was a long day and it is nice that since it was summer time, the sun is still up even though it is a bit late already.  Anyway, before heading home, we passed by the Town Hall to raise our complaint for the damage caused to my camera by their crew.  I filed a letter there and after some communication Disney was able to pay me $50, sent to me by check to Manila.

The next day, we headed for Universal Studios.  Again like our trip to Disney, we commuted using bus and the Metro. 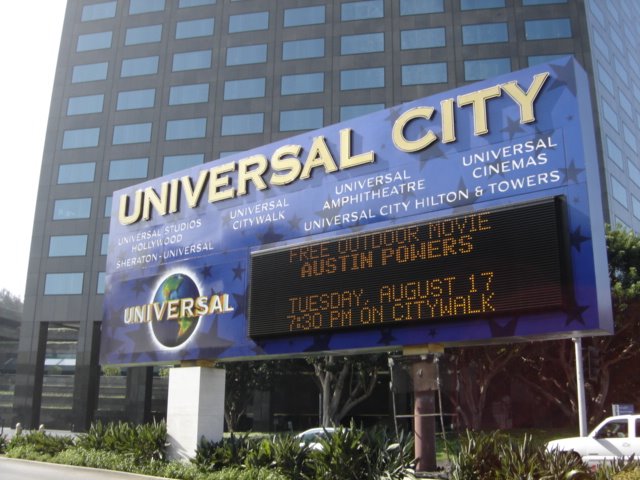 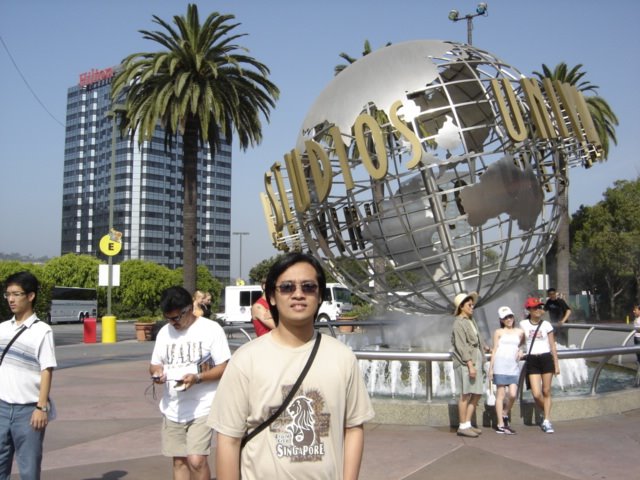 At the Universal Studios Globe 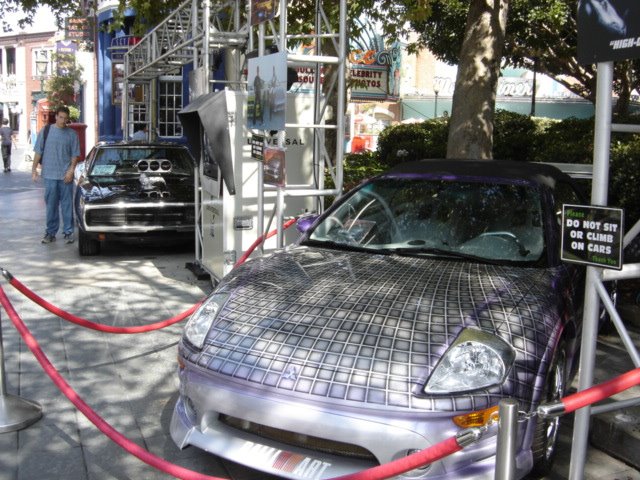 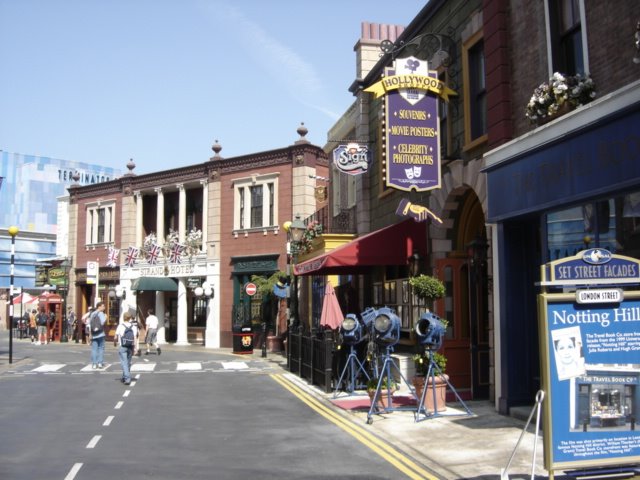 Near the entrance of the park, I noticed the cars used in the movie 2Fast 2Furious and also the bookstore front used in the movie Notting Hill.  We also passed the Terminator 2: 3D studio but we did not enter it.  We made straight for the Waterworld show.  The show was full of action with gun fires, fight scenes and explosions on a water-filled studio set.

Next we entered the Animal Planet Live show where they featured a number of animals performing for the day.  And afterwards, we noticed Marvel characters Wolverine, Storm, Spider-man, and Doom taking pictures with the visitors.

Then we headed for another special effects studio and this was used for the movie Backdraft.  Backdraft was a movie about firemen who are fighting on unique enemy that has different forms, fire.  Prior to getting to the actual set we pass through some video clips about the movie and then was brought to a big factory like studio.  It was here they showed us how they used fire in the movie.  It was hot and it was terrific.

Next we entered the Special Effects Studio.  Here we were brought into four rooms where they discussed to guests how different effects were done in movies.  There was a room where they asked some volunteers to make sounds on a movie and another on how they make movie magic on putting a person in a miniature. 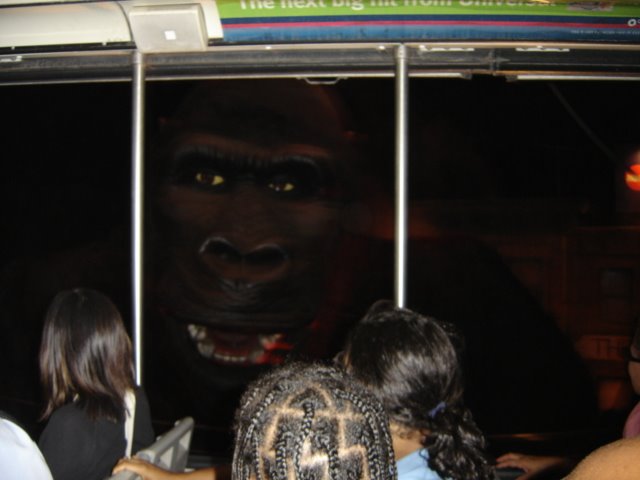 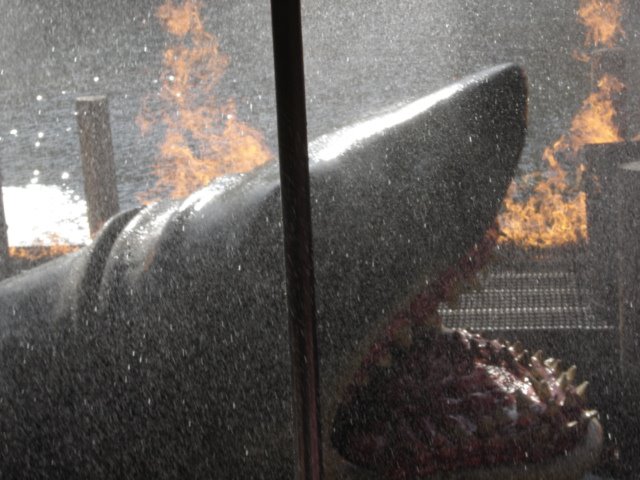 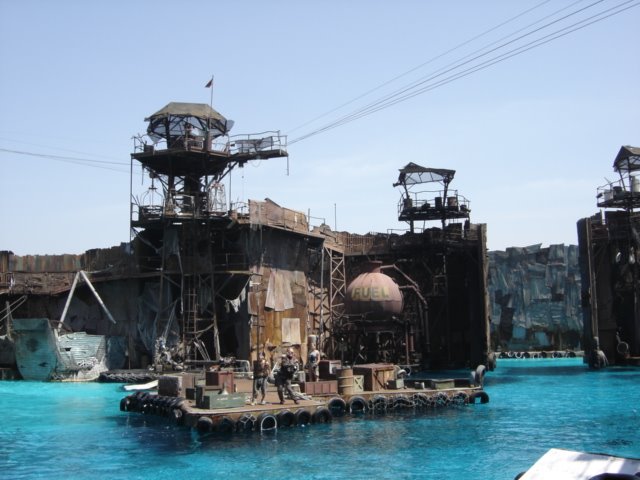 Then we headed down to the lower area of the studios near the Jurassic Park ride.  It was a tall ride and I didn’t plan on riding it since my parents that I’d go ahead and ride it on my own.  Man it’s to high for me alone. 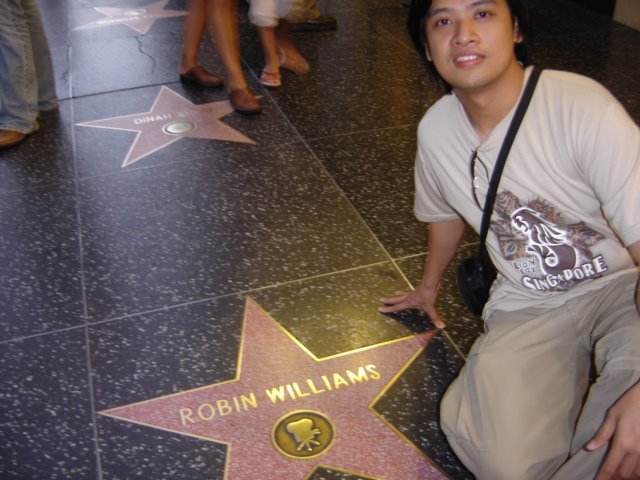 Robin William’s Star at the Walk of Fame in Hollywood

And then we rode the Studio tour where they brought people around the studio area.  We passed through different props and sets like a village, the Jurassic Park cages, a Mexican village, 1940’s New York, and their main attractions, King Kong and Jaws.

After visiting the studios, I requested my aunt who picked us from the park to drop me off at Hollywood Blvd for me to see the Walk Of Fame.

It was a short visit to my parents but it was 2 full days of seeing the city.  I’m glad that I was able to go back to LA twice in 2007.