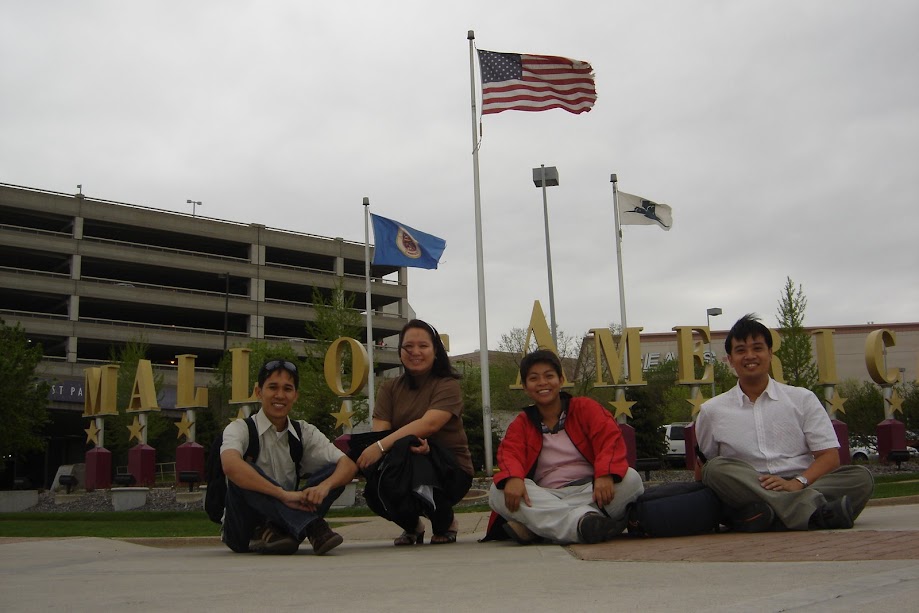 May 6th of 2007, myself and 3 colleagues were sent by our company on an official business trip to Dell in Austin, Texas.  And on our way to Austin from Manila via Northwest Airlines, our flight connected us through Tokyo-Narita airport and Minneapolis, which was our point of entry to the US.

On that leg of our trip, we had an eight-hour layover in Minneapolis for us to get our connecting flight to Austin.  Since we have officially entered the USA and with long hours for our next flight, we have decided on getting out of the airport and see the city.

Actually prior to alighting the airplane, I already browsed through the magazines on the airline to know what to see in Minneapolis and St. Paul.  I saw in the magazine that there was an event in the historic streets of St. Paul on May 5, which I forgot what was called.  Knowing this, I asked the lady about it and she said that it’s a bit far from the airport and may cost us much on taxi fare.  She instead recommended going to the Mall of America using the tram line. 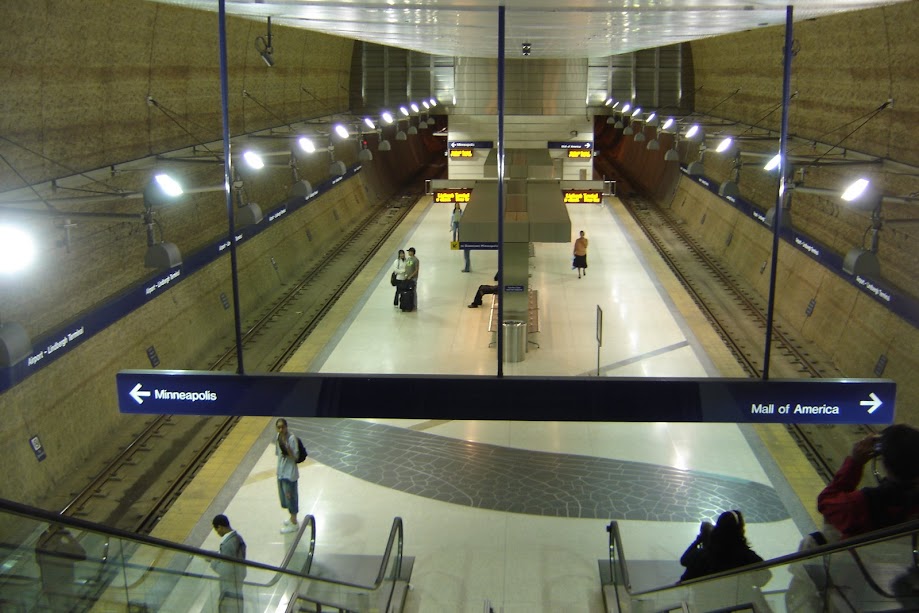 And so, from the airport, we walked to the Train station at the back to the airport.  We paid $2 for our ticket to the Mall and took us about 10 minutes to get there. T he train looked good and not that crowded that we were able to take a lot of pictures of us.. hehehe… very touristy… heheheh…

After 4 train stations, we alight at the Mall of America station, which is the line’s terminus.  From there we walked into the mall and saw how big this is.  The mall was so big that it has a theme park in it with roller coasters, log jams, caterpillars and a carousel.  Huge!  But I think the Mall of Asia in Manila is still bigger.

Feeling a bit of jet lag from the 20 hours of travel, we decided to just take a look around, have some pictures, sit and have our lunch at the mall’s food court.  The mall was divided into four areas with four department stores on each corner.

In looking around for some souvenir shops, I saw that there was a signage of the mall near the Sears department store.  I asked my colleagues to go there and have our pictures taken.  When we arrived on the spot, with my mini-tripod, I set up my camera on the sidewalk so that we can have our pictures taken.  People in cars were looking at us while we were doing this. 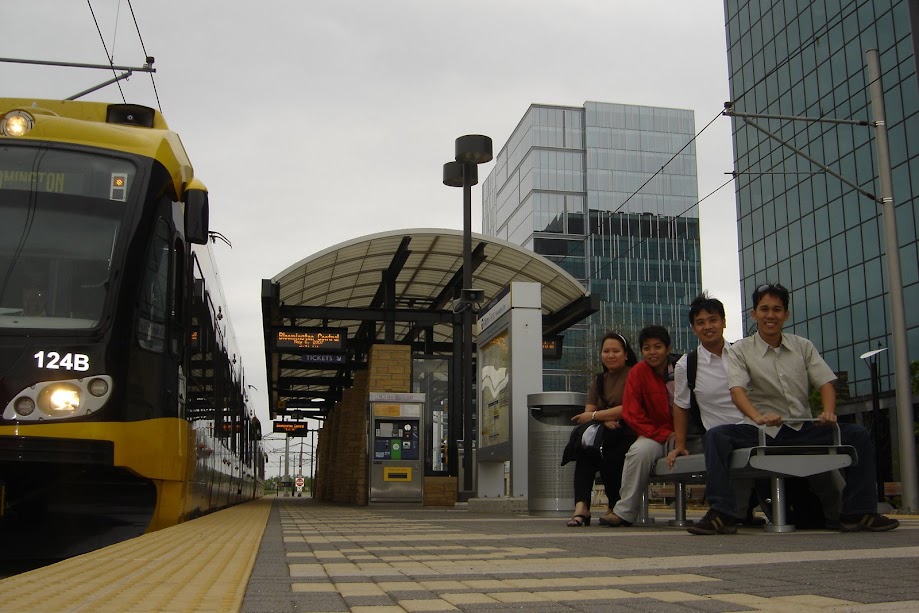 waiting for our tram

And on our way back to the airport, I asked my friends that we alight on the next stop which looked nice.  We took our pictures there as well.  I even had a shot where it can see an approaching train where the driver even waved at the camera!  hehehe…

After that short picture taking, we head back to the airport to wait for our connecting flight.  We may be a bit tired with that short side trip, but it was definitely a great experience.

4 thoughts on “In Transit at Minneapolis”